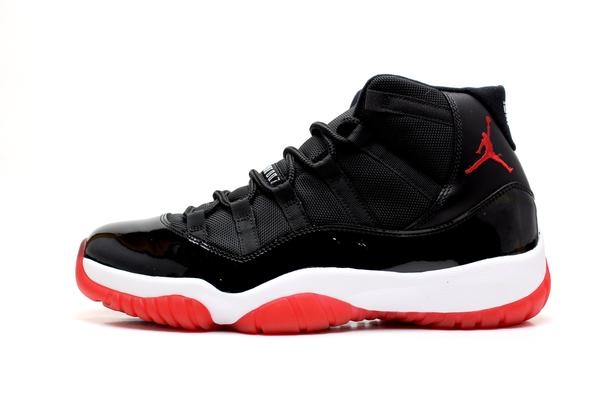 Air Jordan’s re-release schedule of classic 90s silhouettes has had sneaker geeks chomping at the bit for years. But which shoes this year received the most hype? Below is a guide to the three drops people have had on their wish lists since Christmas 2018.

Technically a re-released, the Air Jordan 6 Black Infrared is the shoe worn by Michael Jordan during his very first NBA championship back in 1991, the year these shoes originally dropped. Released back in February, the frenzy around this shoe was as hot as the “infrared” name suggests. This re-release was a true retro silhouette, complete with OG-style Nike Air branding and no changes to the silhouette. This shoe features black uppers, a black midsole with tasteful red accents, and a translucent sole. This was a hot shoe with it first dropped back in the 90s, with a silhouette inspired by Michael Jordan’s German sports car. Especially for the time, this shoes seemed to be a revolutionary mix of tough athleticism and sleek fashion, and was seen on the feet of plenty of celebrity icons after the Bulls’ NBA championship victory. 1991 was a long time ago now, but history repeated itself back in February, with celebrities talking about it on social media and sneaker blogs praising the elegance of its silhouette and color scheme. Priced at $200 when they first dropped, the price has only continued to climb as a pair of these shoes becomes harder and harder to find.

People this year have been foaming at the mouth for Air Jordans, and if you’ve seen a pair of the Air Jordan 4 Bred, you’ll understand why. Another re-release in Air Jordan’s retro line, these shoes are the follow-up to the re-release of the Air Jordan 3 “Black Cement” in 2018. Fondly nicknamed “Black Cement 4” online, this shoe also features a black, red, and grey color scheme with white accents. Released in May to time with the Air Jordan 4’s 30th anniversary, this re-release made it possible to purchase yet another iconic Air Jordan silhouette. This shoe was re-released once before in 2012, but that release was meant to celebrate a blend of the old and the new, and featured some contemporary updates to the classic silhouette. One of the reasons people were so hyped about this release is that it was a full return to the classic look, complete with the OG-style branding, which hadn’t been featured on the shoe since 1999. The black, red, white, and grey “cement” color scheme is original, with slight tweaks made to the materials to give these shoes contemporary comfort and durability with a truly retro 90s look. Priced at $200 when they first released, this shoe is still relatively easy to find online, though the price is slowly climbing as stock runs out.

The shoe that has had Air Jordan geeks raving all year is definitely the Air Jordan 11 Bred, set to follow the re-release of the Air Jordan 11 “Concord” back in 2018. Yet another classic Jordan black-and-red re-release, this iconic high-top is set to hit stores on December 14th, just in time for the holidays. Like all of the re-releases this year, this shoe is rumored to be a full return to the 90s look, complete with patent leather accents and a possible 45 detailing on the heel. First worn by Michael Jordan during the 1996 NBA playoffs, this is easily one of the most popular colorways Air Jordan has ever released, especially after it helped him to win yet another championship that year, as well as an NBA Finals MVP award. Official images of the 2019 shoe have yet to be released, but we do know that it will follow the original black, white, and red color scheme, though it remains to be seen whether the heels will feature a “45” or a “23.”

Nike’s Upside Down Look is Cool and Creepy