Last price update was: June 23, 2022 8:47 am
× Product prices and availability are accurate as of the date/time indicated and are subject to change. Any price and availability information displayed on Amazon at the time of purchase will apply to the purchase of this product. 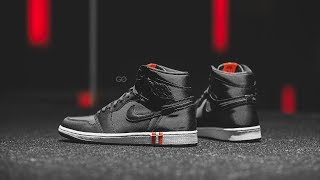 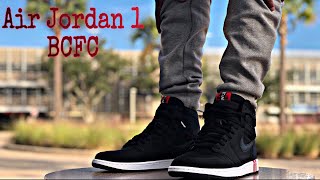 Paris Saint Germain, or PSG, is one of Europe’s most beloved football club. Based in Paris, the club recently partnered with the Jordan brand to release a line of clothing inspired by the team’s iconic jerseys. During Paris Fashion Week, the Jordan x PSG collab unveiled three sneaker silhouettes, the Air Jordan 6 PSG, the Air Jordan 1 Low PSG, and the Air Jordan 1 PSG. Released earlier this summer, the Air Jordan 1 has a wickedly sleek silhouette, and is almost completely black from heel to toe, with the exception of the thin white sole and a few red details. Even the signature Nike swoosh on this capsule is a velvety shade of charcoal. The most colorful part of these shoes are the red stripes on the soles, which feature a design nod to the black and “infared” geometric patterning on the PSG players’ iconic jerseys. The heels are as smooth and black as the rest of the upper, with the PSG, Air Jordan logo, and red “PANAME” detailing appearing on the tongue. Paname is a slang word for Paris and the surrounding suburbs, making this shoe a tribute not only the Parisian football scene, but to its urban youth culture in general. The insole stamp reads “ICI C’EST PARIS,” the football club’s motto, which translates into English as “Here is Paris.” Paris branding can also be found on the tongue and insoles. Priced at $110 on the Nike store, these shoes are as comfortable as they are fashionable. Their subdued black and grey color scheme makes them perfect (of course) for PSG and other football fans, but even if you don’t follow football (or soccer, as you may call it), these shoes are stylish and subdued enough to be suitable for anyone looking for a comfy and sophisticated shoe. If you like the sleek fit of the Air Jordan 1 PSG, check out the Air Jordan 1 Low PSG released earlier this week. 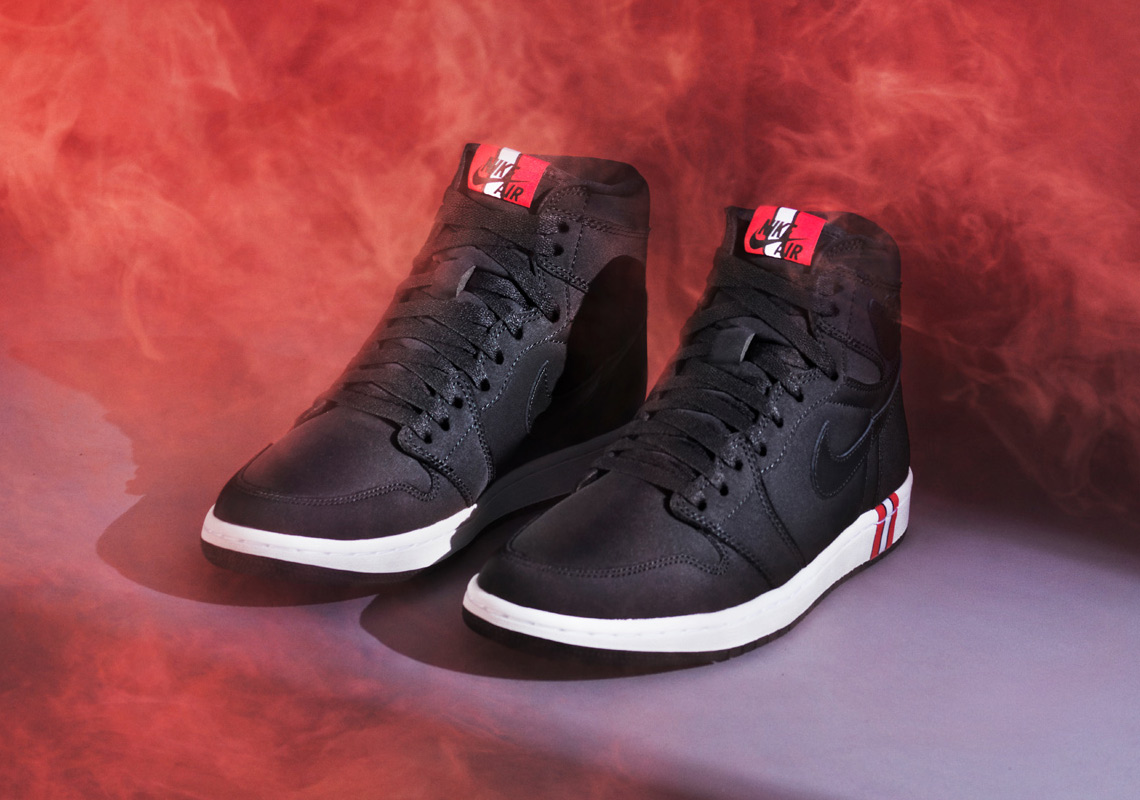