Last price update was: January 13, 2022 12:32 am
× Product prices and availability are accurate as of the date/time indicated and are subject to change. Any price and availability information displayed on Amazon at the time of purchase will apply to the purchase of this product. 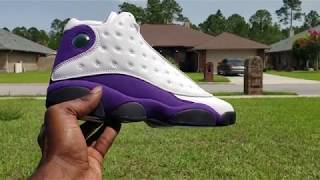 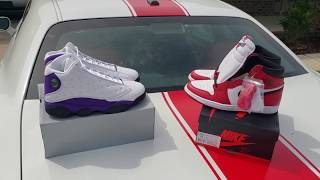 A Lakers colorway of the Air Jordan 13? Yes, and no you’re not dreaming!  The Air Jordan 13 Lakers will debut July 20th for $190. This classic silhouette has truly stood the test of time. Since their arrival back in 1997, they’ve undergone countless makeovers and taken on a plethora of colorways. This panther paw like silhouette was designed to commemorate Jordan’s nickname, “Black Cat”. In fact, this silhouette was featured in Spike Lee’s film, He Got Game. This time around, Jordan Brand decided to commemorate the next era of LAKER NATION. Although the “little Baller” and his supporting cast are gone, something or rather someone much bigger is on the horizon. Anthony Davis will join LeBron James for a likely historic run for an NBA Championship next season. Since the end of Kobe’s era, Lakers basketball has never been the same. Could this be the spark Los Angeles so desperately needs? Could the Air Jordan 13 Lakers be the sneaker we all deserve? Truthfully this shoe couldn’t have arrived at a better time!

The Air Jordan 13 Lakers colorway is quite literally the opposite of the Air Jordan 13 Bulls colorway. Purple is found everywhere that red was found on the Chicago rendition. Yellow detailing on the outsole further distinguishes these as a Lakers gear. Per usual, hints of black are found on the midsole, tongue, and Jumpan. Premium, tumbled white leather combined with signature quilted overlays create a pristine look. While they aren’t the most advanced sneakers to ball in, they’ll go great with any Summertime outfit! Just imagine how many pairs you’ll see during home games at Staples Center. Maybe the Sacramento Kings or even the Charlotte Hornets will adopt this colorway as their own. Let us know how you’re feeling about this drop by commenting below. 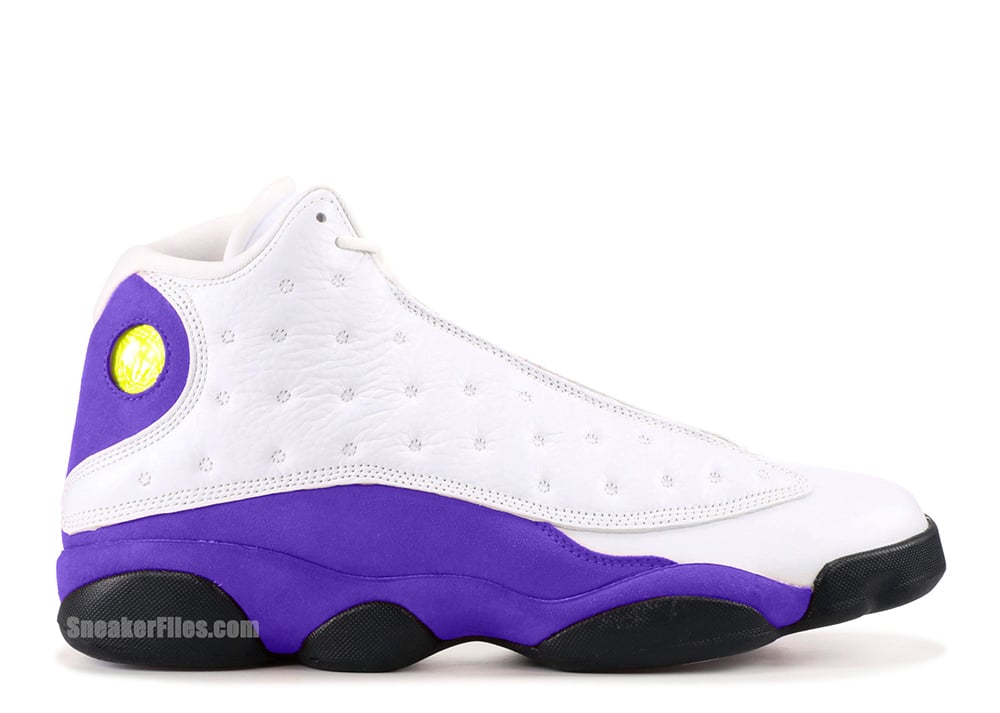 Nike Mens Air Jordan 1 High OG Defiant Lakers Court...
$425.00
March 10, 2020 5:55 pm
× Product prices and availability are accurate as of the date/time indicated and are subject to change. Any price and availability information displayed on Amazon.com (Amazon.in, Amazon.co.uk, Amazon.de, etc) at the time of purchase will apply to the purchase of this product.
2 new from $425.00
Buy Now